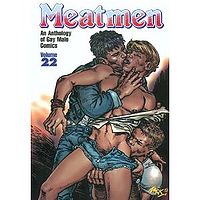 Dates of Action: December, 2000 through present

The Incident: In December 2000, the Canadian Supreme Court, in the case Little Sister's Book and Art Emporium v. Canada, condemned customs agents for its arbitrary and discretionary practices by confiscating material bound for the Little Sister's Book and Art Emporium. The court also ruled that the onus of proving material obscene lies with the customs agency. Little Sister's has recently filed another case against Canadian Customs in response to confiscation of the comic series, Meatmen. Little Sister's claims that the books in question do not exhibit the "undue exploitation of sex," as is prohibited by Canadian law. Opponents argue that comic art is not artistic. Little Book's appeal to the 2000 case will challenge decency standards held by the Criminal Code of Canada, and rights of free expression contained in the Canadian Charter of Rights and Freedoms.

Results of Incident: Little Sister's Book and Art Emporium is seeking support from free expression advocates to raise funds and contribute expertise for their litigation. Already, Arsenal Pulp Press has created a comic series titled, What Right and What's Wrong to raise money and awareness for Little Book's campaign.