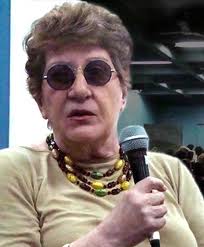 Description of Artwork: Not known.

The Incident: The artist Margarita Paksa, was one of 24 Argentine artists to be awarded the Braque Award in 1968. On June 4, 1968, she received a letter from Robert Perroud, cultural attache at the French Embassy, stating that they reserved the right to alter any work they deemed necessary. Paksa responded in a letter, June 18, 1968, in which she declined the award and resigned from the awards exhibition.

Results of Incident: Many of the other artists being honored followed suit and denounced the awards and exhibtion. This was followed by a series of protests, the most salient of which took place July 16, 1968, at the Museo Nacional de Bellas Artes during the Braque Award ceremony. Paksa was placed in solitary confinement for several days when she and several artists were arrested. Later the French ambassador, Count Jean de la Grandville interceded on their behalf, and requested their release.