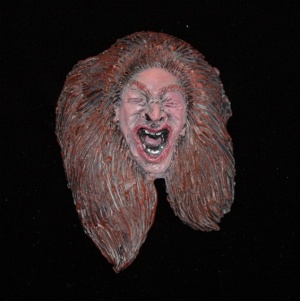 The Incident: McGrath was invited by fellow artist Carol Sue Frickle to create several artworks for display at a local recreational center. Soon afterward, Frickle called him to tell him that the works had been removed, as the staff of the recreational center felt that the pieces conflicted with the center's family atmosphere.

Results of Incident: McGrath contacted the Wheat Ridge city attorney, which led to a phone call from the rec center's manager Julie Brisson, who apologized for not calling him personally to inform him that his artwork was being removed, although she made no apology about removing the artwork.

McGrath also reached out to the NCAC and, following a letter of complaint sent by the organization, the art pieces were returned for exhibition.

The artwork featured on this page was the piece mistaken for a vagina.