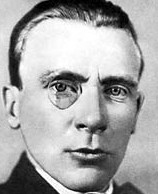 Description of Artwork: Bulgakov wrote many plays that criticized the Soviet government. White Army, or The Days of the Turbins told the story of the White Army through one family's perspective.

The Incident: All of Bulgakov's plays were banned in Russia except The Days of the Turbins, which suffered many alterations dictated by Stalin's censors. Many critics accused the play of showing the nobility of the defeated army. Another of his plays, Flight, was also denounced for "misplaced sympathies."

Results of Incident: The Days of the Turbins was restored after Bulgakov's death. Stalin supposedly viewed it 15 times.