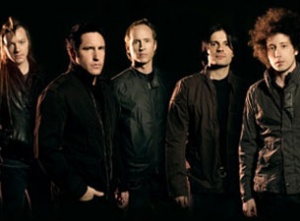 Description of Artwork: Rock band Nine Inch Nails was set to perform a set at the 2005 MTV Movie Awards, including the song "The Hand that Feeds." The band wanted to use an image of President George W. Bush as a backdrop for their performance.

The Incident: MTV raised concerns with the band members about the political nature of the backdrop.

Results of Incident: Nine Inch Nails opted to withdraw from the performance rather than change the backdrop. Trent Reznor, the band's leading man, said in a statement "Apparently the image of our President is as offensive to MTV as it is to me. See you on tour this fall when we return to play in America." [1]