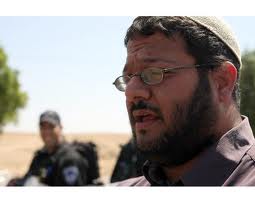 The Incident: Itimar Ben Gvir, a Jewish settler, was held in police custody after his fingerprints were found on the photo-montage that hung outside of a playground owned by the Dor Shalom peace movement.