The Incident: Sotos had been under surveillance by Chicago police for about nine months when his apartment was raided in 1986. Police recovered mainly books and magazines; among them, however, was a child pornography magazine entitled "Incest #4," which apparently included descriptions of a grown man's sexual experiences with a 14-year-old girl. Sotos was thus arrested on charges of obscenity and possession of child pornography. The obscenity charges were dropped soon thereafter, but Sotos pled guilty to the possession charge.

Results of Incident: Sotos has gone on to write numerous books (published by the British independent publishing house, Creation Books) on topics similar to those included in "Pure." He is one of the most notorious figures in the underground world of the zine, and is the "foremost literary brutalist." His works are notable for how Sotos places himself in the context of serial and mass murderers' worlds, involving himself in their stories. 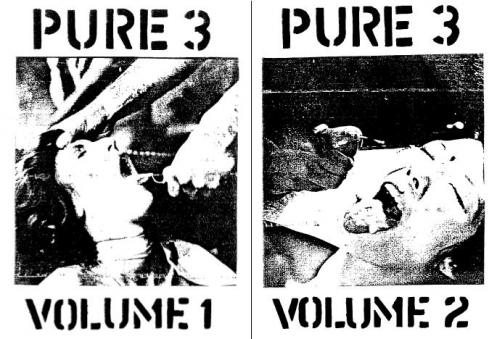