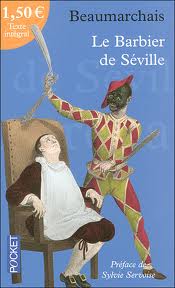 Description of Artwork: Beaumarchais's work satirized the French government. He is best know for his plays, The Barber of Seville and The Marriage of Figaro. Both plays allude to peasant uprising, and corrupt government and church officals. 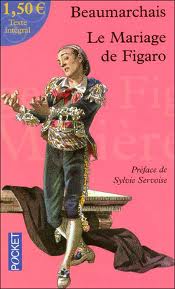 The Incident: In 1773 Beaumarchais was invited to perform The Barber of Seville at the Comedie Francaise, however the invitation was retracted and Beaumarchais was imprisoned for satirizing the Duc de Chaulnes. His play Memoirs was burned because it contained "scandalous charges" against the magistracy and members of Parlement. The Barber of Seville was banned and re-worked several times before it was finally allowed to show in 1775. The Marriage of Figaro met similar trouble. It was scheduled to run in 1781, however, King Louis XVI personally declared that the play would never be performed. In 1779 Beaumarchais left France for Germany with the intention of publishing Voltaire's writings. His project was successful, but religious and government officials banned advertising for his collection in France.

Results of Incident: Although Beaumarchais earned recognition outside of France, he always met adversity from bourgeois audiences.