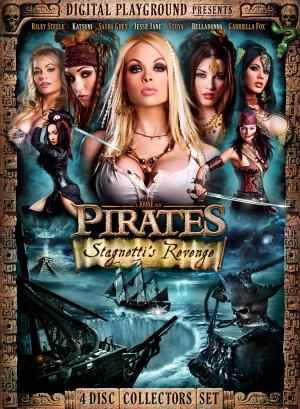 The Incident: Pirates II became part of a controversy when the University of Maryland, College Park's student union intended to screen the film. After state Senator Andrew P. Harris offered a budget amendment to strip all public funding from any institution airing pornographic films, the university announced that it would cancel the screening. Had the Senator's demand been carried out, the university would have been forced to forfeit $424 million in funds.

Results of Incident: The students screened the film anyway on the evening of April 6, 2009 in a lecture hall on campus, after consulting with the Foundation for Individual Rights in Education and a panel discussion on First Amendment rights. The new screening was organized by the Student Power Party and 200 students, as well as administrators, professors, and numerous media outlets were present for the screening. The film was shown at other colleges including University of California Davis, University of California Los Angeles, and Carnegie Mellon University without controversy.