Lovers of the Past 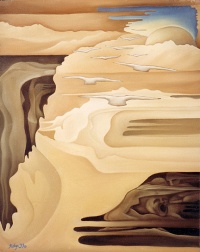 As Angels Fly Away 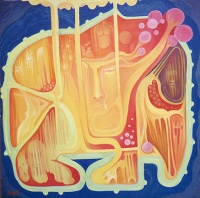 Tears In The Machine

Description of Artwork: The paintings featured semi-nude women, and were named "Tears in the Machine," "Lovers of the Past," and "As Angels Fly Away."

The Incident: Bellospirito had been approved to show her artwork in the library's Community room, before library officials knew that several of her works contained semi-nude women. Upon discovering the fact, Bellospirito's artwork was banned from the library, citing an unwritten "no nudes" policy.

In 1996, the Manhasset library displayed Bellospirito's artwork in the Community room.