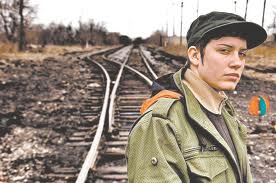 Description of Artwork: Ropes is a song by Invincible. The music video for it had undertones of suicide and a very haunted look about it.

The Incident: Invincible submitted a music video for her song to mtvU, the MTV channel that targets college students. Shewas told that her video had a high likelihood of being accepted and was asked to send a reformatted version. She did, but just a couple weeks later, Invincible received an email back. MTV's content department officially approved the video for airing, but the standards department rejected it. She was advised that Ropes was "too problematic" with its "suicidal undertones."

Results of Incident: The video remains banned from MTV's airwaves.