Description of Artwork: The label, intended to go on Shelton Brothers Brewers new beer they call "Santa’s Butt Winter Porter," features Santa’s fully-clothed derriere perched atop a barrel (or "butt") of beer. In addition to "Santa’s Butt," at question were "Les Sans Culottes," featuring Delacroix’s classic painting Liberty Leading the People, and "Rose de Gambrinus," featuring a watercolor painting of the king of Flanders sitting with a naked woman.

The Incident: The State of Maine refused permission to sell the above described Shelton Brothers Brewers’ beers because the State deemed their labels “undignified or improper”. 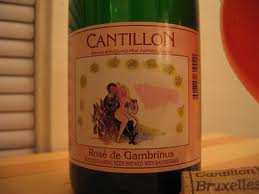 Results of Incident: On November 30, 2006, the Maine Civil Liberties Union Foundation (MCLU) filed a case against government censorship on behalf of Daniel Shelton. With the help of MCLU, Shelton won the lawsuit; in a letter dated December 22, 2006, Maine’s Liqour Licensing Unit Inspector Supervisor Jeffrey Austin told Shelton Brothers Brewers that they could register the label for "Santa’s Butt Winter Porter." While Shelton did win his case, unfortunately the ruling did not come in time for the company to be able to get the label out onto the bottles for the 2006 Christmas season. The MCLU has not stopped there; they intend to continue fighting the Maine Bureau of Liquor Enforcement ensuring that they stop censoring all labels.