Skylarks on a String 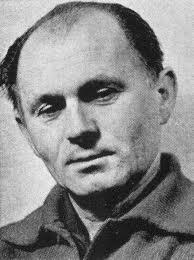 Description of Artwork: Skylarks on a String makes a clear attack on Stalinism and is Menzel's first film written after the Warsaw Pact invasion. It takes place in a steel reprocessing plant where members of the bourgeoisie have been sent for re-education. The characters are all enemies of the state, such as a saxophonist (whose instrument is too bourgeois), a Seventh day Adventist (Who can't work on Saturdays), and a dairyman (Who gave up his dairy to work for Socialism). It constantly juxtaposes the romantic vision of socialism with the true state of it. For example, a union representative arrives, driven by a chauffer, and immediately puts on a workman's hat to get into character. The film has been criticized for it's use of humor when dealing with so serious an issue, but it does not avoid reality at all and rather uses humor to face it. 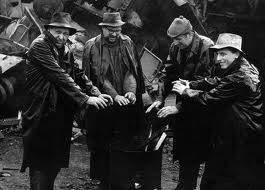 The Incident: Even though Menzel and Hrabal were a powerful filmmaking team at the time and had won an Academy Award for a previous film, Skylarks was completely banned by authorities. Although it was spread through underground videos, it saw no public release at all.

Results of Incident: Although Menzel and Hrabal were allowed to continue their careers, they were closely watched and would need to make compromises with censors. Eventually these difficulties led Menzel to move to theater.

The film was not released until the fall of Communism in 1990, when it saw great success at the box office.