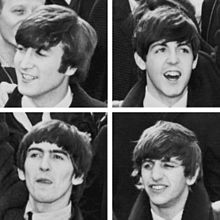 Description of Artwork: The Beatles met adversity after commenting that they were more popular than Christianity. In 1966 they proposed an album cover for Yesterday and Today featuring themselve dressed in white and holding body organs and limbs. The band featured images of Christ, Hitler and the Ghandi on the proposed album cover for Sergeant Pepper's Lonely Hearts Club Band. 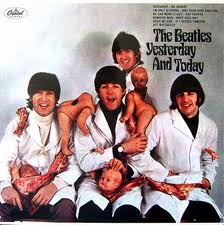 The Incident: When John Lennon made his comment about their popularity and that of Christianity, numerous organizations denounced the band. Some ordered the destruction of Beatles merchandise and some radio stations banned their music. The Beatles were forced to change the proposed cover for Yesterday and Today by the U.S. record label, Capital Records, because it did not support their famed "Mop-top" image. The band was also forced to remove the images of Jesus, Hitler and Ghandi from the proposed cover of Sergeant Pepper.

Results of Incident: Throughout their career The Beatles have had to defend their image and music for their controversial liberal messages.