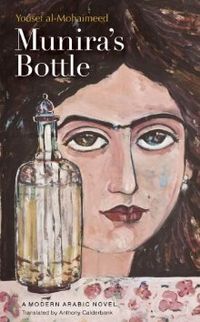 Description of Artwork: Mohaimeed's novel, The Bottle, representative of a growing body of literary work rising in Saudi Arabia that confronts and challenges political and social issues.

The Incident: A group of men entered a bookstore and seized copies of Mohaimeed's novel, threatening the shop not to carry it anymore. The incident is reflective of a highly censored literary market in Saudi Arabia, where very few books will be published. The Ministry of Culture and Information reviews submitted manuscripts and either approve, reject or approve with certain passages or pages removed. There are no written guidelines for the Ministry, but they will most likely reject any writing that criticizes monarchies, even fictional ones.

Results of Incident: Some books refused publishing in Saudi Arabia are published abroad and allowed for sale within its borders. Writers continue their politically-charged work, finding ways to circumscribe the censors without losing their message. The Saudi royal family has allowed more liberal material to be sold within the borders, but remains sensitive to the conservative majority.