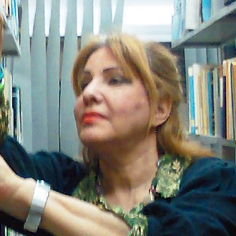 Description of Artwork: In Laila al-Othman’s book The Departure she uses words such as "lustful" in describing the relationship between one sea wave and another. According to al-Othman, she had not intended this language to have a sexual connotation.

The Incident: In 2000, The Departure, which reportedly had been approved by the Kuwait government censors in 1984, came under fire. An Islamist group brought a lawsuit against Laila al-Othman for using defamatory expressions and indecent language in her book.

Results of Incident: In 2000, Laila al-Othman was convicted of using indecent language and defamatory expressions in The Departure. She, along with the professor Alia Shuaib - who was found guilty of publishing opinions that ridicule religion -, were both sentenced to two months in prison for moral and religious offenses, which could be suspended upon payment of a $160 (50 Kuwaiti dinars) fine. On March 26, a Kuwaiti appeals court acquitted Shuaib of the charges of blasphemy and publishing works that ridicule religion. Al-Othman's conviction of using indecent language was upheld. The court's judgments represented the latest in a series of cases brought by Islamists against secular authors. The court did not provide explanations for its rulings.