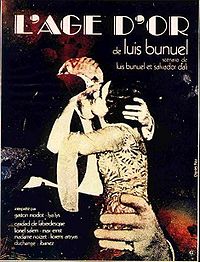 The Incident: The Golden Age was protested by right-wing Jewish and Christian organizations in December 1930. Police asked the managers of Studio 28 to remove two parts of the film, and the film was allowed to continue showing. Later that month police confiscated all copies of The Golden Age.

Results of Incident: Bunuel was sent to the Spanish embassy in Paris to produce propaganda films. During World War II he worked for the Museum of Modern Art in New York, dubbing anti-Nazi films for distribution in Latin America.