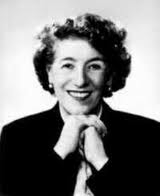 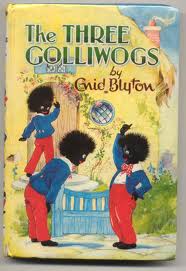 Description of Artwork: Enid Blyton is known for her children's books that confront class, gender and racial issues. In The Little Black Doll (1937) her main character, Sambo, wants to be washed white, or pink, by the rain. In her book The Three Golliwogs (1944) the main characters are called Golly, Woggie and Nigger.

The Incident: Blyton is the world's most successful children's author to date, having published over 600 books between 1922 and 1967. Her books are said to be written from a middle-class perspective, containing heavy morals and strong purpose. During the 1960s and 1970s publishers began demanding that Blyton change her characters to fit the multicultural society that Britain boasted. Libraries removed her work from their shelves for her "political incorrectness" and alleged racism, classism and sexism. Some critics believed that her work was harmful to young readers. 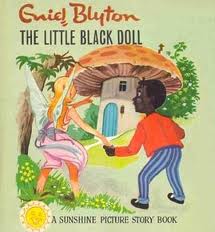 Results of Incident: Blyton remains the world's most successful children's book writer. After the 1970s, libraries reintroduced her work to their shelves, except with changes. For example, the Golliwogs names were changed to Wiggie, Waggie and Wollie.