Description of Artwork: The 40 minute film, The Miracle, featured Anna Magnani as a peasant woman who believed that she was the Virgin Mary. The film was imported into the United states in 1949 by a Polish-Jewish immigrant, Joseph Burstyn. 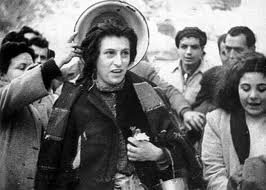 The Incident: The Miracle was released in Italy in 1948 over the objections of the Roman Catholic Church. Although the film made it through U.S. customs without trouble from the official censors, the Board of Regents came under heavy pressure from the Roman Catholic Archdiocese to revoke the film's license on the ground that the work was "sacrilegious." The Miracle lost its license and the film's distributor, Joseph Burstyn, appealed the decision. The New York Appeals Court backed the Board of Regents decision.

Results of Incident: The U.S. Supreme Court overturned the decision in 1952, pointing out that it was unconstitutional for government bodies to impose religious orthodoxies on film or any other art and that "a state may not ban a film on the basis of a censor's conclusion that it is sacrilegious." Furthermore, "It is not the business of government... to suppress real or imagined attacks upon a religious doctrine, whether they appear in publications, speeches or motion pictures."