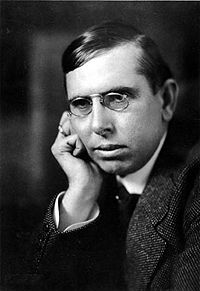 Description of Artwork: Theodore Dreiser's first novel Sister Carrie was the first of Dreiser's works to face censorship. This novel presents a harsh realistic portrayal of city life. Carrie is a working class girl who rises to success through manipulation. The next work to face censorship was The Genius, which also portrayed city life in an uncompromising way. Dreiser's most successful novel, An American Tragedy, also faced censorship. In this novel the main character is charged with the murder of his pregnant lover and faces the electric chair.

The Incident: Sister Carrie was withdrawn and edited after complaints about the lack of morality.

In 1916 The Genius (which was not a success critically) was brought to the attention of John Sumner, the head of the New York Society for the Suppression of Vice. It was then banned for being blasphemous and obscene. Before that it had been withdrawn from bookshops in Cincinnati after a complaint from the Western Society for the Prevention of Vice. Dreiser's publishers agreed to withdraw the book. The Author's League of America challenged the censorship, but lost after the court threw out the case because the publisher had voluntarily withdrawn the book. In 1921 Dreiser found a new publisher who agreed to stand up to censors. The new publication of "The Genius" went ahead unchallenged in 1923.

In late 1925 Dreiser published his most successful novel, An American Tragedy, and was threatened with legal action by the Boston district Attorney who was taking action against titles deemed to danger the "morals of youth". Dreiser's publisher convinced a bookseller in Boston to take a stand by selling the book. The bookseller was arrested and fined and the appeal was not heard for two years, until 1929. The appeal was unsuccessful but censorship of Dreiser's works died down.

In 1931 An American Tragedy was being adapted for film by Paramount. Paramount translated the book into a tame love story and Dreiser sought legal action against the studio. Dreiser lost the case on the grounds that concerns for the audience trumped the concern of an individual author.

In 1933 both The Genius and An American Tragedy were banned in Nazi Germany.

Results of Incident: Dreiser's battle against Paramount voiced a frustration that would become more common among authors who felt the film industry disregarded the author's intentions in favor of the consumer.