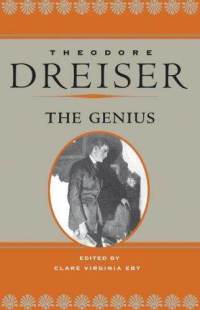 Description of Artwork: The Genius, portrayed city life in an uncompromising way.

The Incident: In 1916 The Genius (which was not a success critically) was brought to the attention of John Sumner, the head of the New York Society for the Suppression of Vice. It was then banned for being blasphemous and obscene. Before that it had been withdrawn from bookshops in Cincinnati after a complaint from the Western Society for the Prevention of Vice. Dreiser's publishers agreed to withdraw the book.

1933: The Genius was banned in Nazi Germany.

Results of the Incident: The Author's League of America challenged the censorship, but lost after the court threw out the case because the publisher had voluntarily withdrawn the book. In 1921 Dreiser found a new publisher who agreed to stand up to censors. The new publication of The Genius went ahead unchallenged in 1923.