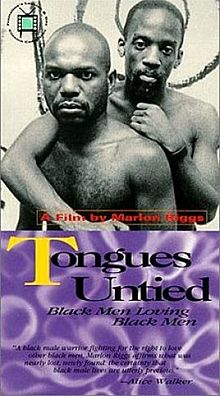 Description of Artwork: Directed by Marlon Riggs, the film is a critically acclaimed, prize-winning examination of the lives of black gay men. Using a blend of poetry, narrative, dance, rap, music and social commentary, it examines the homophobia and racism affecting gay African-Americans.

The Incident: The American Family Association launched a long campaign against public broadcasting in retaliation for PBS's decision to air the film, "Tongues Untied" as a part of the independently produced P.O.V series. The NEA provided a $5,000 grant for the production of Tongues Untied along with $250,000 to the P.O.V. series on PBS. The AFA and the Christian Coalition applied pressure to PBS supporters and Congress.

Results of Incident: Tongues Untied aired in July of 1991, but many PBS member stations decided against airing the film, resulting in nearly half of all television households not having access to the film. The FCC received a few indecency complaints against stations airing the film.