W.R.: Mysteries of the Organism 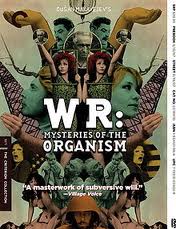 Description of Artwork: The W.R. in W.R.: Mysteries of the Organism stands both for World Revolution and for Wilhelm Reich, whom the film starts with a documentary about. Reich was a Marxist who believed in free love. The use of this footage is to make statements on social and sexual liberation, totalitarianism, and free love in a communist atmosphere. Later in the film one of the characters declares, "Communism without free love is a wake in a graveyard."

It also contains scenes of nudity and explicate sexuality weaved in with documentary footage of communism. As a whole, W.R. is a critique of communist sexual repression. It is not a sex film, but rather a film about sex. 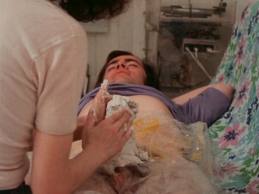 Results of Incident: The film was shelved by the Ministry of Culture and Makavejev was exiled until 1988. W.R. was shown in the West, but even there, the sexuality found objections and was cut.